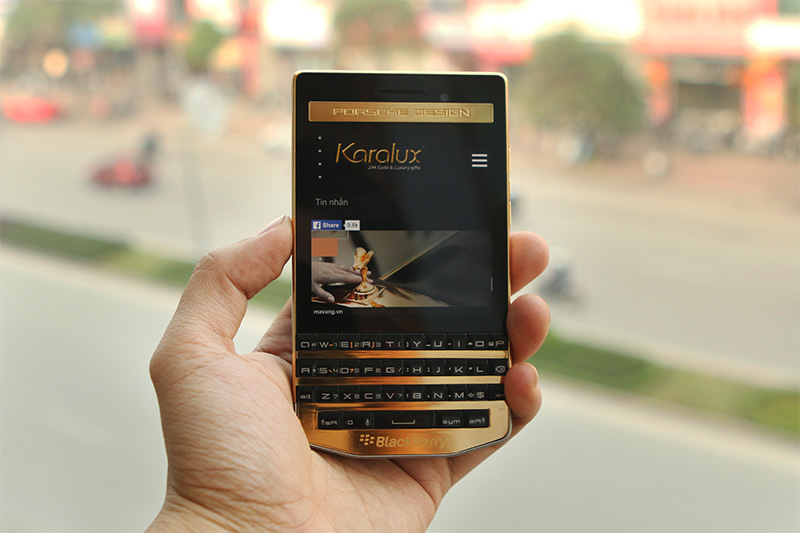 Right after being introduced and sold in Vietnam, Karalux’s engineers have begun studying its surface and material to urgently launch the world’s first 24K gold-plated BlackBerry Porsche Design P’9983 version.

Karalux engineers carry out many stages to gold-plate this phone. First of all its details are disassembled, and then the surface of items which need gold-plating will be processed and activated before being dipped deeply into a tank of gold.

Mr. Nguyen Ngoc – the chief engineer in gold-plating this phone said: “We spend 3 straight working hours to implement over 10 different stages to gold-plate, including disassembly, gold-plating and re-assembly.”

The gold-plating cost for Porsche Design P’9983 BlackBerry version varies between VND 15 million to VND 20 million, depending on the type of gold: 24K gold or chocolate gold. And 50 million for both phone and gold-plating. For international customers, the price is VND 55 million.