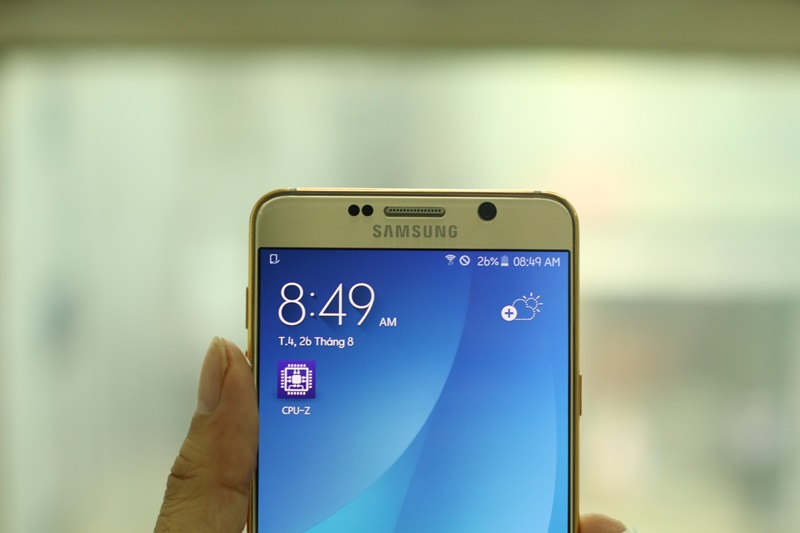 Galaxy Note 5 was officially launched and introduced in HCM city by Samsung on August 20th 2015. Shortly after, engineers at Karalux started researching and gold-plating this version so that it is promptly recommend to Sfans and fans of technology in Vietnam and worldwide. 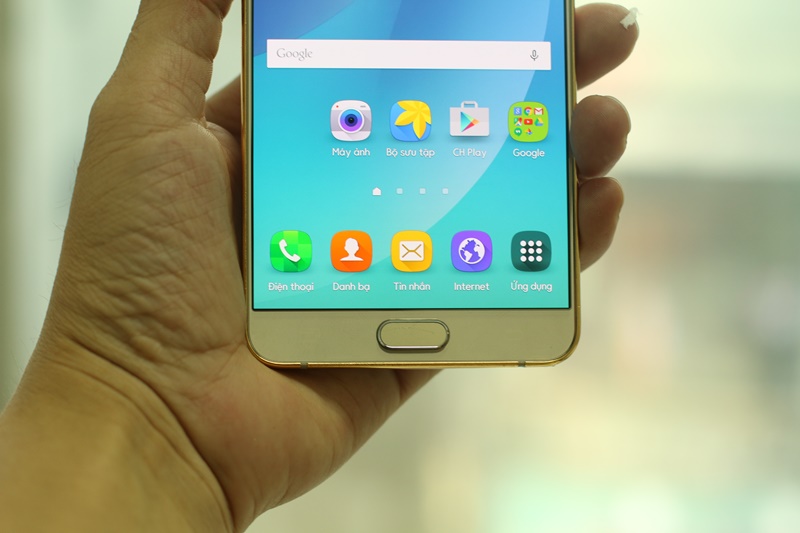 The steps and process to gold-plate Galaxy Note 5 is the same as Galaxy S6, S6 Edge and Note 4 ones. The disassembling of Galaxy Note 5 even is easier than Note 4.

Karalux’s engineers carry out as much as 10 different stages to complete a gold-plated Galaxy Note 5. First, they disassemble parts which need gold-plating, then process and activate surface, create coated layers from various precious metals and finally dip them into a gold tank. 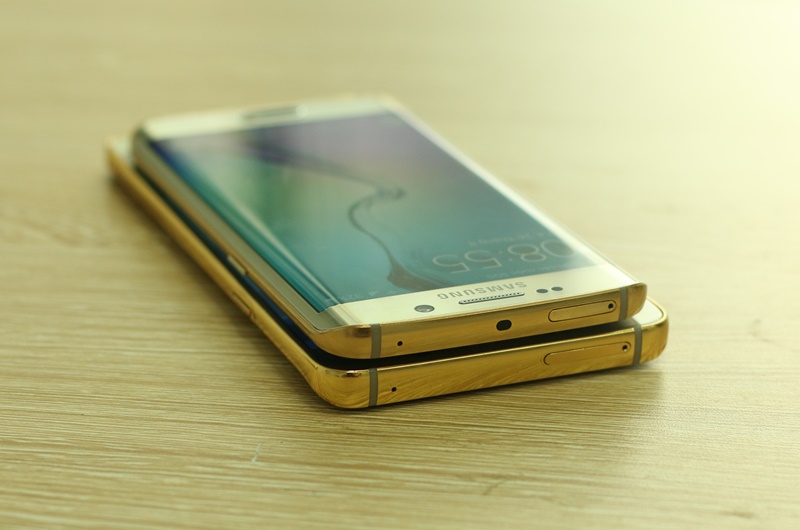 “The frame material of Note 5 is more improved and quite different from other Notes and Galaxy S6. The frame is stronger with 7000 series aluminum. The alloy is 60% stronger than most aluminum and 1/3 the density of stainless steel. Many types of competition bicycles are now made of the material,” chief engineer performing gold-plating Note 5, Quang Tu, said.

It is an unexpected discovery of Karalux’s engineers on new material of Galaxy Note 5 frame as the information on Note 5 frame has not been announced by Samsung yet. 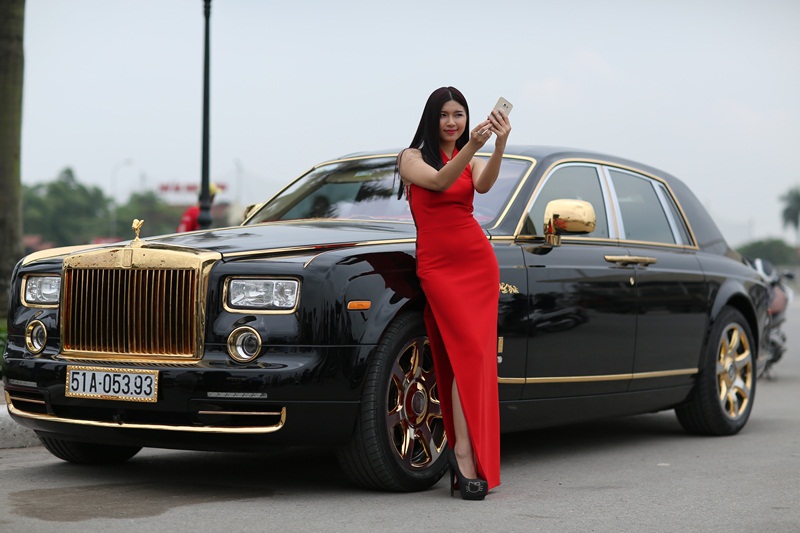 To protect the surface of the gold layer, engineers will coat a special protecting layer to avoid mechanical stresses during using. This is the sustainable surface protection technology which is applied to gold-plate Rolls-Royce in Vietnam.

The cost of gold-plating a Galaxy Note 5 is VND 8 million… and about 25 million for both phone and gold-plating service. 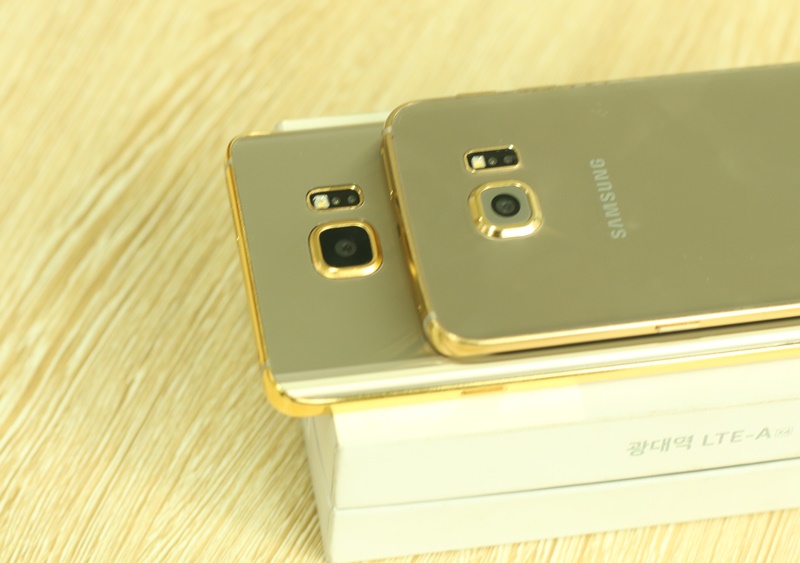 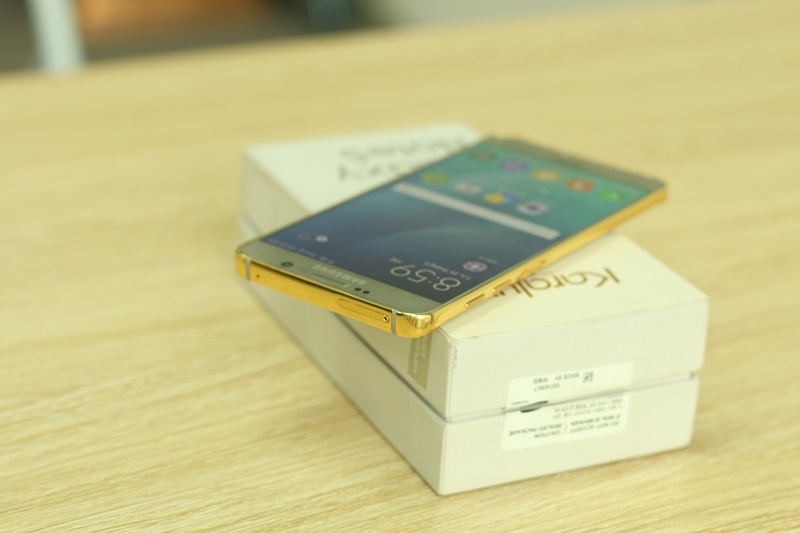 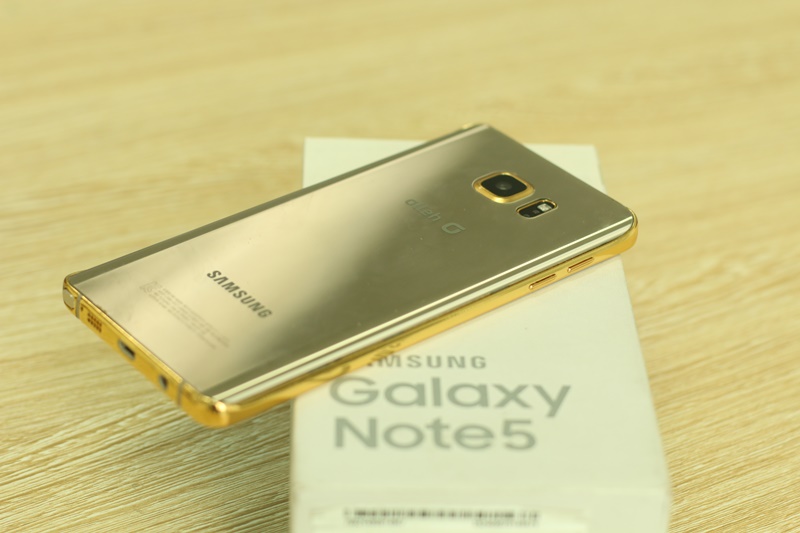 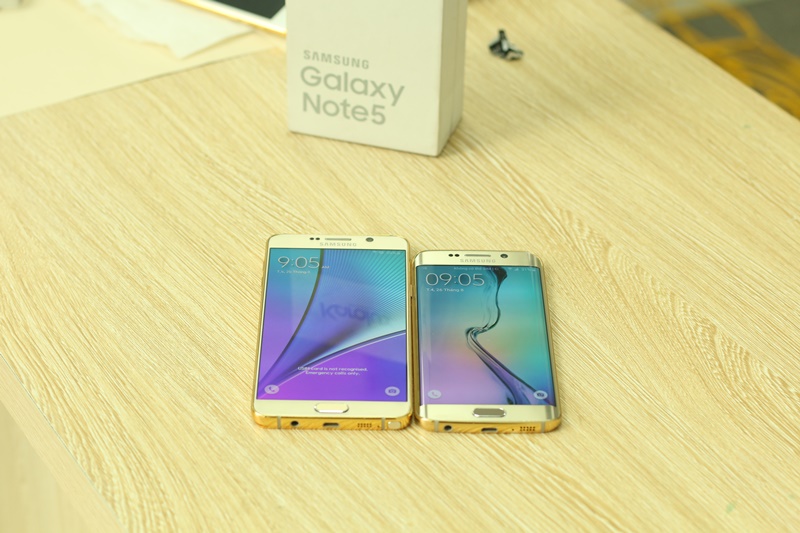 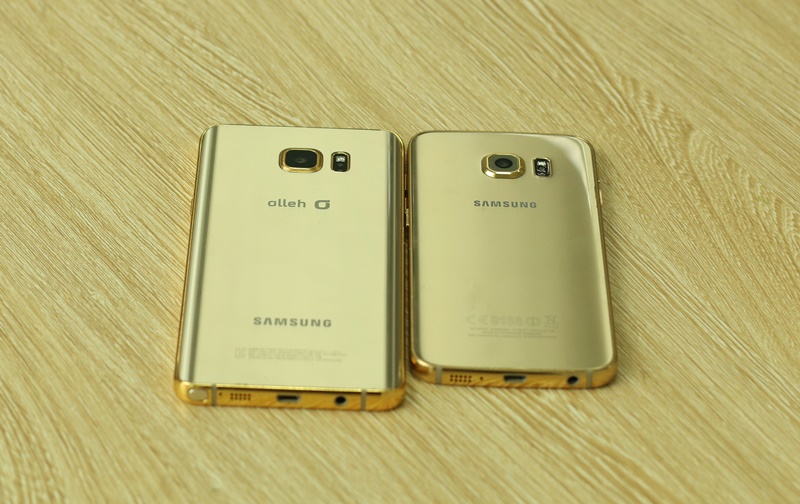 Here are some of pictures ( Outside ) 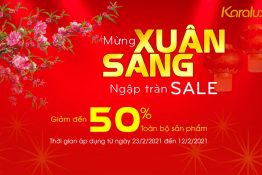 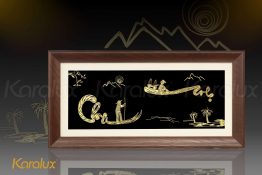